Robina Financial Solutions has been a finalist for the AFA Practice of the year in both 2014 & 2015. Robina Financial Solutions have been award national Practice of the year in 2014 with a National advice group. Troy has been the only 2 times winner of Adviser of the year within the national advice group that the firm was previously licenced through. Robina has moved to the Australian Advice Network as this Licence was created to embrace the best interest duties and clearly remove the conflict between advice & products.

We offer clients the choice between a fixed agreed fee and an asset based fee based on their situation and outcomes.

Troy has given me advice and assistance in Superannuation and retirement pension for many years. He has always been able to explain things clearly and is always available to answer any questions that I may have. I have confidence that his knowledge and experience has given me the means to retire free of concern about my income. He also has wonderful staff who are also readily available if needed.

Troy is very helpful and takes the time to understand what it is that we want to achieve. Would happily recommend to another potential client.

Troy and his team are great to work with, both pro-active and responsive.

Troy, and his whole team for that matter are extremely professional in their approach. Troy is a great communicator and has taken the time to understand what is really important to me. He ensures that I in turn understand my financial affairs thoroughly. I now have have peace of mind and trust that he is helping me to achieve my goals. I recommend people to Troy's business frequently. 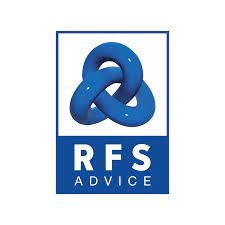