Olivia Maragna is one of Australia’s most respected and independent financial experts. She was featured on Channel Nine in the headline story of the 2014 Federal Budget with Ross Greenwood and Laurie Oakes and was invited by the ABC’s 730Report as a panel expert leading up to the 2013 Federal Election. Olivia has been recognised as a driving force in the finance industry and has been named one of the top 10 most financial influencers in Australia, sharing the list with the likes of David Koch, Ross Greenwood, Alan Kohler and Mark Bouris. In 2003, she co-founded Aspire Retire, one of the industry's highest award winning financial advisory firms, servicing clients Australia wide. Olivia has made a habit of breaking through barriers and has been presented with a Hall of Fame Award for Business Achievement, the WIFS 2013 Financial Planner of the Year and the 2012 AFA Adviser of the Year, the first female to ever win the award. In a career punctuated with Australian ‘firsts’ and major business awards including the Young Business Woman of the Year, MYOB Small Business of the Year and the AFA Australian Female Excellence in Advice Award, Olivia has always been driven by the idea that if you want to be successful, “you have to be passionate about what you do and make a real difference.” In recognition of her business achievements and community involvement, Olivia has been chosen as one of eighteen of Australia’s most inspiring female leaders in the Leadership in Focus Forum and represented Australia in a Global Forum in Switzerland in 2013. She is a sought after speaker on money and business across the country at various national/international organisations and currently serves as a judge for the Telstra Business Awards. Olivia has been featured on the front cover of 6 National magazines and has been published/featured in hundreds of articles in mainstream media across TV, print and radio.

From the moment we met at our first meeting we knew our hard-earned finances were going to be in good hands. Your professional & expert advice and the respect you demonstrate with our portfolio reassures us and gives us piece of mind that we are being taken care off in the best possible way for the rest of our lives. We would also like to commend your team who have been professional and helpful, they are an asset to your business.

My husband and I came to you to discuss our personal superannuation fund and to also discuss the options that were available for our future financial planning. We were very impressed with the personalised professional service and advice given to us, and how you have tailored this specifically to suit our situation and future needs. We felt very comfortable to put our finances in your care and for you to guide us in the right direction. We found you to be the most professional of those we interviewed. I have no hesitation in recommending your services with complete trust and I look forward to a continued relationship with you. 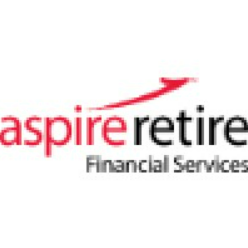